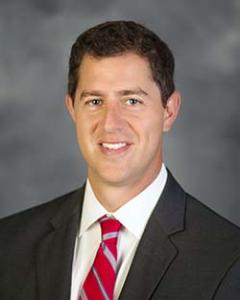 Mr. Paul Basdekis holds a Bachelor of Arts in English from Mount Saint Mary College and a Master of Arts in Educational Leadership from George Mason University. Mr. Basdekis has over 15 years of experience in elementary education. He started his career with Fairfax County Public Schools (FCPS) as a 6th-grade teacher at Forest Edge Elementary in 2004 and served as the president of Summer Solutions Inc. for nine years. Mr. Basdekis has ten years of school administration experience, with six of those years serving as the principal of Riverside Elementary School in Region 3 of FCPS.

During his tenure at Riverside Elementary, Mr. Basdekis led School Improvement and Innovation Plan (SIIP) efforts with targeted areas of need in Literacy, Mathematics, and Science. This led to gains in all content areas as evidenced by growth on Virginia Standards of Learning (SOL) assessments.  Mr. Basdekis also developed and supported Multi-tiered Systems of Support (MTSS) and a comprehensive Positive Behavior Approach (PBA) for the school. He has led Riverside Elementary in expanding its after-school program to enhance the co-curricular and extra-curricular offerings for students. He developed and led a school and community team, which worked to bridge communication, equity, and achievement gaps between home and school.  Before becoming the principal of Riverside Elementary, Mr. Basdekis served as the Assistant Principal of Fort Hunt Elementary School and Woodley Hills Elementary School, which are schools with wonderfully diverse student populations.

Mr. Basdekis is an experienced, dedicated, and talented school leader. In addition to serving as the principal of Riverside, Mr. Basdekis has served as the President of the Fairfax Association of Elementary School Principals (FAESP). He has also served as a co-lead for the Mount Vernon Pyramid principals and has served on a variety of district committees and workgroups to include Return to School, All-County Principal Meetings Planning Committee, and the Equity Symposium Planning Committee. Mr. Basdekis is a principal who is reflective, collaborative, and has a spirit of enthusiasm, positivity, and intentionality.

Mr. Basdekis is originally from Hartford, Connecticut, and is a Boston Red Sox fan! He currently resides in Round Hill, Virginia with his wife. In his spare time, he enjoys playing golf, fishing, and being outdoors with his friends and family. 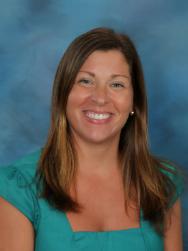 Mrs. King joined Coates Elementary in 2017. Before becoming an Assistant Principal in 2014, she was a middle school math teacher and an Instructional Coach at middle school and elementary school. Mrs. King graduated from West Virginia University with a masters degree in elementary education with an emphasis in math and science.  She later obtained her endorsement in Administration/Supervision from the University of Virginia. When not at school, she enjoys time with her family, traveling to the beach, and spending time outdoors. 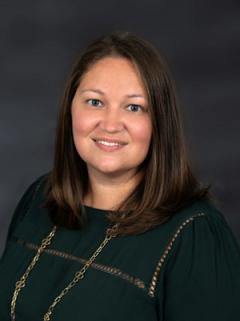 Mrs. Gray is excited to serve as the Assistant Principal at Coates.  For the past few years, she has served as an ESOL Resource Teacher in the Office of School Support.  Prior to this, she spent time as an elementary ESOL teacher and elementary classroom teacher in FCPS. Mrs. Gray was born in Indiana and graduated from Indiana University with a degree in Elementary Education.  In 2005, she relocated to Northern Virginia and began her career in FCPS as a kindergarten teacher. In 2012, she received her master’s degree in Curriculum & Instruction with a concentration in Multilingual/Multicultural Education followed by a master’s degree in Educational Leadership from George Mason University. In her free time, she enjoys reading, traveling, and spending time with her husband, two children, and dog.